You Don't Want to Miss This Year's Keynote Speakers 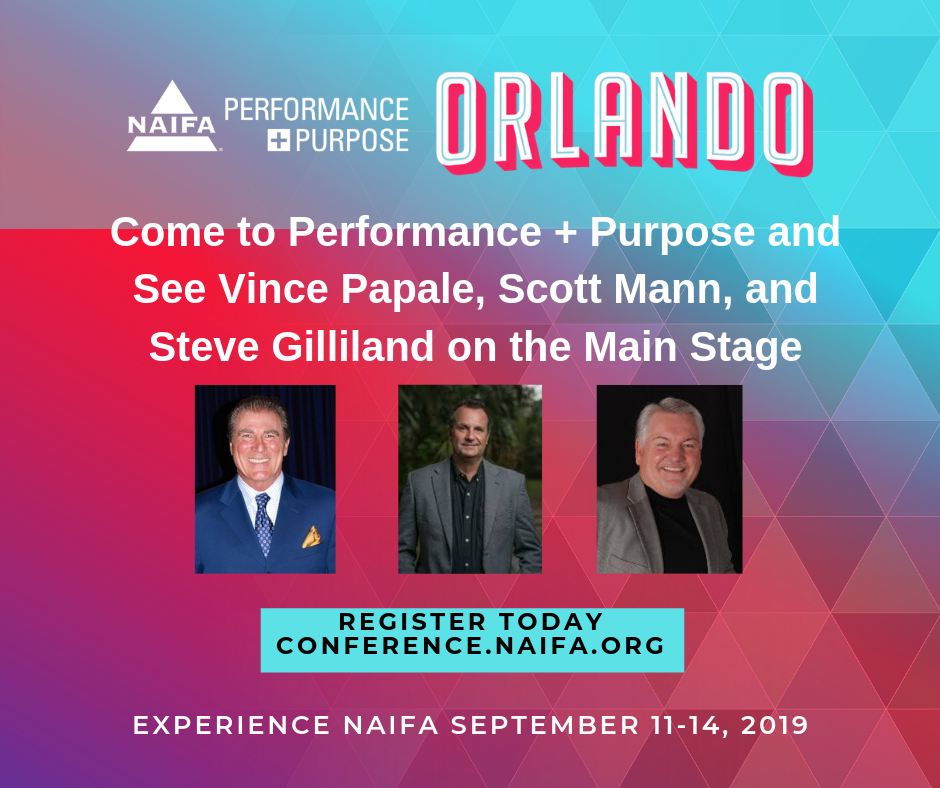 NAIFA has secured an excellent lineup of keynote speakers for this year's Performance + Purpose Conference! The conference kicks off with Thursday's General Session featuring Scott Mann. Scott is a former Green Beret (U.S. Army Special Forces) and current author, speaker, and trainer. As a Green Beret in the United States Army, Scott Mann forged bonds and solved problems using values that moved people around the world to stand up for themselves. His secret? He was able to restore trust and create human connections in places where that didn’t seem possible. Scott teaches corporate leaders and their teams the relationship-building techniques that drive so many of his successful combat operations.

Vince Papale is Friday's keynote speaker. Vince is a former American football player. He played three seasons with the Philadelphia Eagles of the National Football League following two seasons with the Philadelphia Bell of the World Football League. Vince's story was the inspiration behind the 2006 film Invincible. “Not often can a person see a film made about their own life’s journey,” Vince Papale said of Invincible. “What’s even rarer is having that movie described as inspirational, motivational, and giving hope. There’s a feeling of intense pride and humility that, at times, is overwhelming."

Performance + Purpose closes with Saturday's keynote speaker Steve Gilliland. A member of the Speaker Hall of Fame, Steve Gilliland is one of the most in-demand and top-rated speakers in the world. Recognized as a master storyteller and brilliant comedian, he can be heard daily on SiriusXM Radio’s Laugh USA and Jeff & Larry's Comedy Roundup. With an appeal that transcends barriers of age, culture and occupation—plus an interactive and entertaining style—Steve shows audiences how to open doors to success in their careers, their relationships and their lives.

These accomplished gentlemen will draw from their extraordinary lives to help make this year's conference an unforgettable experience!