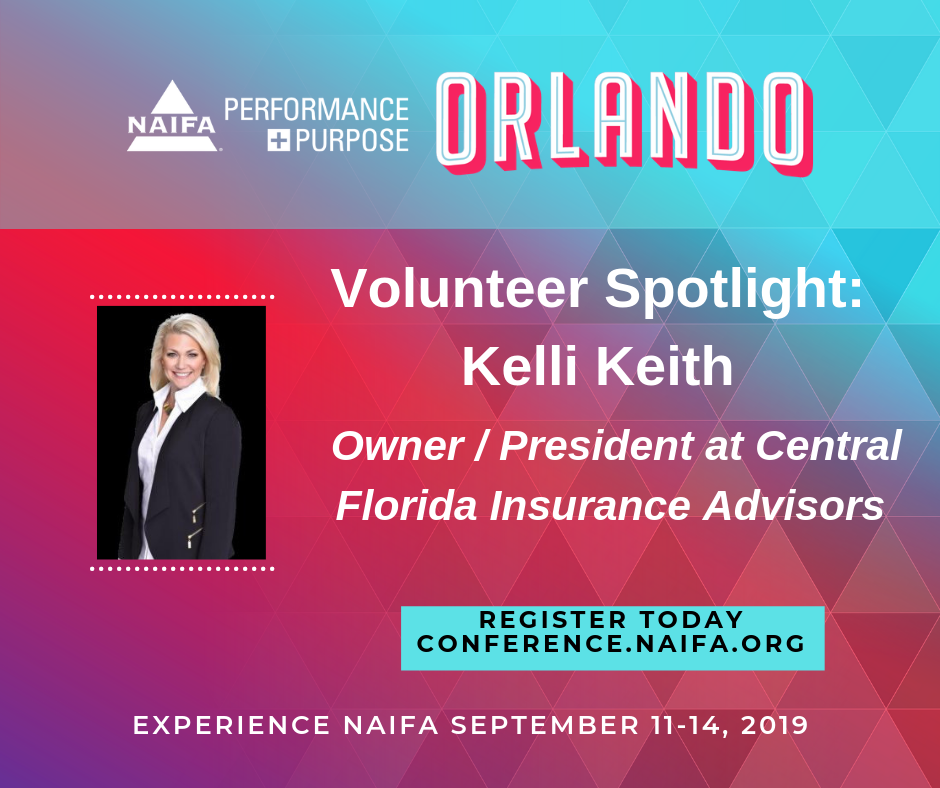 While we usually focus on our members talents within the insurance and financial services industry, we also like to highlight the many other ways our members enrich society. This year, we're honored to have NAIFA member Kelli Keith sing the National Anthem for the opening General Session at the upcoming Performance + Purpose Conference!

As a fifth-generation native Floridian with an extensive background in the performing arts and public speaking, Kelli spent 13 years center stage as an Equity performer with the Walt Disney Company as the lead performer in the live stage productions of The Little Mermaid (Ariel), Beauty & The Beast (Belle), and Cinderella. Capitalizing on her considerable experience and training in public speaking, dance, piano, and acting, Kelli went on to capture the coveted title of Miss Florida 1999 and competed for the world-renown Miss America title.

Kelli earned a bachelor’s degree in Radio/TV Communications from the University of Central Florida (UCF) and went on to open her own successful business, Brykel, in Ocala. She was featured in Ocala Magazine’s “40 under 40” showcasing the top 40 up and coming talented business entrepreneurs under 40 years old.

Kelli’s work in pharmaceuticals ultimately brought her to the financial services & insurance industry where she found her true passion. Licensed since 2009, she now operates her own independent agency, Central Florida Insurance Advisors, serving the Medicare, employee benefits, and health & life insurance markets. Her dedication and commitment to excellence garnered her agency the Ocala Star Banner’s “Best of the Best Insurance Agency Award” for two consecutive years in 2016 & 2017.

We're #NAIFAproud of Kelli Keith and look forward to her performance during Thursday's General Session at Performance + Purpose.